Client software can be started using a network card with PXE interface. After loading and start of the system an interface enabling the parameters setting and data wipe-out startup will be available.

An example of the user interface on client computer with hard drives is shown on the image below: 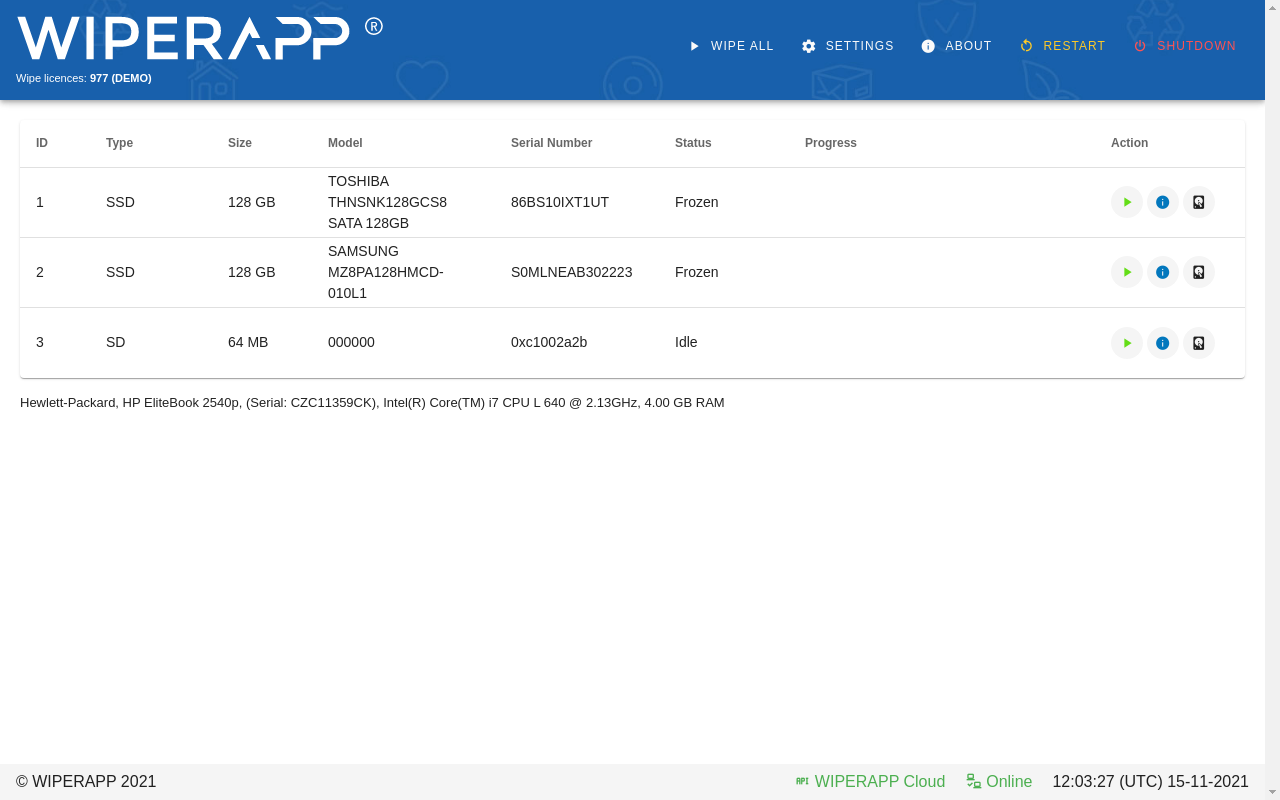 The window contains information about the detected disks and their status and the application control panel located in the upper right corner.

A sample disk information line is shown below:

The field contains information about the model, serial number, the size of the disk. Next there is a status and progress bar and three buttons.

The button on the left allows you to start deleting data from the disk. The button on the right “i” displays the S.M.A.R.T information of the disk in a separate window. Button on right shows HEX Viewer - method to inspect actual contents of sectors represented as hex data.

A sample view of the disk information window is shown in the following figure: 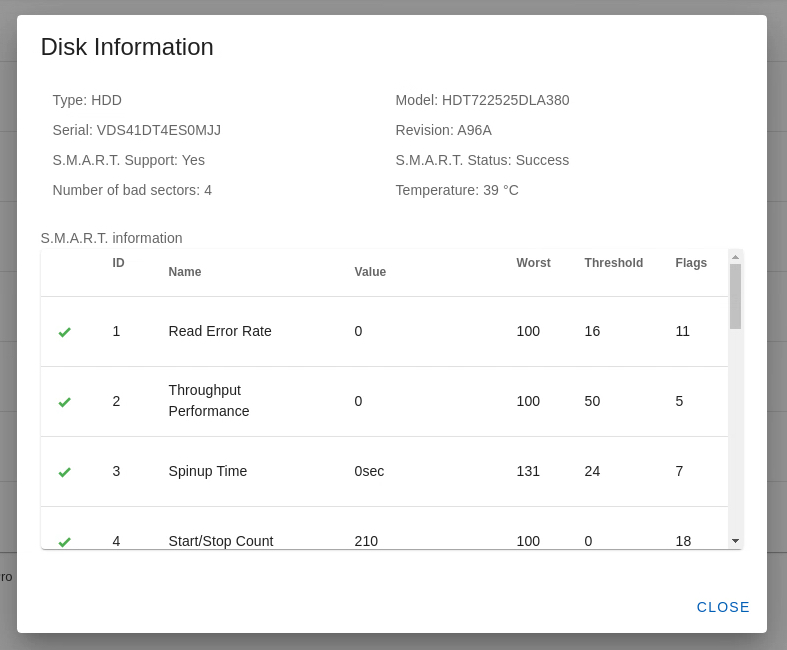 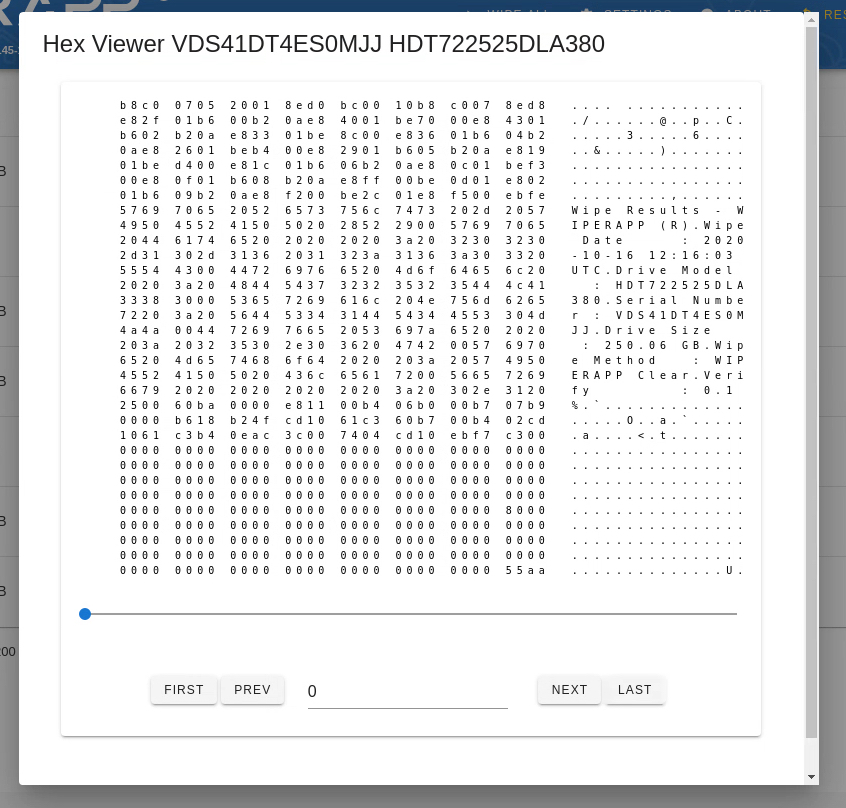 If one of SMART attributes, enlisted in the  “Handling of disks containing errors” section, has greater value than the permitted one – such attribute will be marked as red X sign.

The status bar displays information about the current status and- if applicable- also the progress in erasing or verifying data. Possible statuses are:

On the panel there is also information about the number of free licenses on the server available. The start of the erasing process blocks one license on the server. If the process of data wipe-out and verification is completed successfully, the license becomes a used one. In case of manual interruption of the erasing process or the error in any phase of the process – for example in the data recording or in reading it from the disk – the license is returned to the server and can be used for erasing another disk. In the event of  losing connection with the server or loss of power supply during the drive wipe-out, the license is blocked for particular disk’s serial number. The next trial to erase the same drive will not cause another license’s blocking.

The status bar displays information about the current local server address as well as about the client computer’s IP address.

Was this article helpful? Votes: 0